The End of Silver Diamond

The 27th and final volume of Silver Diamond has been released. It’s the end of an era for me. Silver Diamond is one of my favorite manga series and I don’t know how I’ll be able to say goodbye to it. I started reading from the beginning (so ~2004) and have continuously read every manga volume released. In 2007, I lost most interest in all manga and wasn’t reading much at all, but I still kept up with Silver Diamond. This sustained me until the manga addict revival in 2008, which was around the time I signed up for myanimelist.

Even though I read lots of manga these days, Silver Diamond time is special time! I need to finish an end of October release order to get my hands on the final volume.  Before that, I should probably post the manga I’ve gotten in the past two months.. oops. Whenever I get incredibly busy with work, I just don’t feel like writing. Things will calm sometime in November after my new outreach program is finished.

Currently, Sugiura Shiho is publishing some side stories for Silver Diamond, so that might soften the loss. I’ll just have to look forward to her future manga. Although I doubt anyone could be as hot as Chigusa. I’ll miss you! 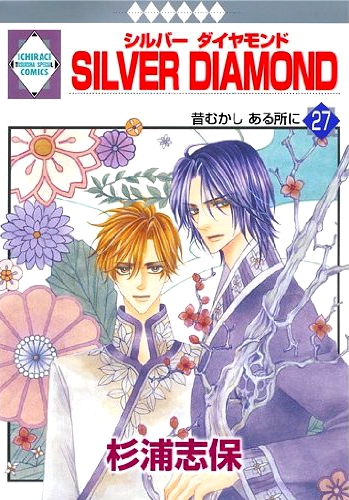 This entry was posted in Random and tagged Sugiura Shiho. Bookmark the permalink.

6 responses to “The End of Silver Diamond”